"Atheists eat babies" is a joke: it mocks the idea that atheists are such horrible people that they would do something as reprehensible as baby-eating. In the same way, many modern feminists claim that their support of "misandry" and the statement that they "bathe in male tears" is also a joke, in this case, mocking the idea the feminists hate men, or that misandry even exists. Both of these ideas (atheists eat babies, feminists hate men) are designed to use exaggeration to create an incongruous picture of reality from an established starting point, and that's a solid formula for a good, poignant joke. 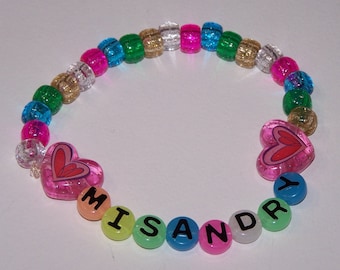 However, there is an important difference between these two jokes. Atheists have never been reported to eat babies, much less to have done such things as a direct result of their atheism, which is why "baby eating" is a joke: its stark incongruity with real-world atheism makes it funny.

Misandry among feminists is different. Misandry does not have the same kind of stark incongruity with real-world feminism as baby-eating does with real-world atheism. There are, and always have been, feminists who openly admit to hating men, which, as Jessica Valenti reminds us, is perfectly compatible with feminism: "But so what if we did [hate men]?"

“I feel that ‘man-hating’ is an honourable and viable political act, that the oppressed have a right to class-hatred against the class that is oppressing them.” – Robin Morgan, Ms. Magazine Editor 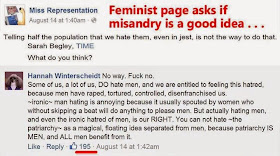 Indeed, it seems that when feminists express misandry, it is a direct result of their feminist ideology: the idea that men are the oppressors and women are the oppressed, and it's okay to hate your oppressors. This eliminates any and all irony in the statement "feminists hate men" because it absolutely does happen, and it happens as a direct result of feminist theories. Imagine if even a small population of western, first-world atheists really did eat babies because, "there's no God to stop us!" Would the joke that "atheists eat babies" still be funny or poignant? I highly doubt it.

The supposed joke of "misandric feminists" cannot be compared with the joke of "baby-eating atheists" because misandric feminists actually exist, and are motivated by their feminist ideology. It's not even a joke at all: it's a very real phenomenon. Feminists may ironically "bathe in male tears", but everyone else thinks they're serious, and with good reason.